WTTS Free Download Of The Week: The Lone Bellow

The Lone Bellow stopped by Sun King Studio 92 Powered By Klipsch Audio on June 24, 2013 before their show at Radio Radio. Listen to the music and conversation below!

“You Never Need Nobody”

“Teach Me To Know”

The WTTS Free Download Of The Week is Delivered by IndyGo: Indy’s mass transit provider.

Matt Maeson stopped by Sun King Studio 92 on October 12th, 2018 for an exclusive and intimate show with WTTS listeners . Enjoy the music and conversation below! 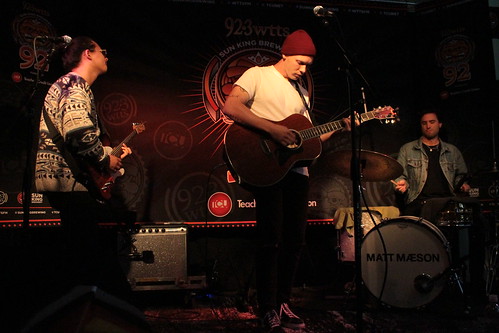 The Blogaroo is back! Brad, Laura, and Keefer spent the past weekend in Manchester, Tennessee at the Bonnaroo Music And Arts Festival. Check out some of the backstage interviews and performances below!

“The Cold Easy Life Of A Loner”

“Would That Not Be Nice”

“Learning How To Disappear”

“Adventures In Your Own Backyard”

Trampled By Turtles stopped by Sun King Studio 92 before their show at the Vogue on October 19, 2012. Listen to the music and conversation below!

“The Calm And The Crying Wind”

Animals and All That Jazz