It’s Brad Holtz, back from Bonnaroo and yes, filling in for Paul on the WTTS Morning Show this week.  I’m remarkably chipper for 6:15AM the Monday after Bonnaroo.

As fun as the festival is, there’s an overwhelming feeling of relief when you step into your own shower and get to sleep in your own bed after 3 days in the hot, muggy weather.

This year, I felt like I had remained “less muddy” than any year prior.  No sooner than I proudly proclaimed this, I stepped into one of those monster Bonnaroo mud puddles.  Mud ankle high.  Anyhow, I’m back, I’ve hosed off and I’m feeling back to normal.  And to feel that way in the 6am hour following three days of Bonnaroo is an accomplishment to me!

My Bonnaroo highlights: I’m asked every year, “what was your favorite performance at Bonnaroo?” Given the high caliber of talent attracted to Bonnaroo, it’s a pretty loaded question. And not an easy one to answer. This year’s festival featured lots of great bands and performances, but My Morning Jacket delivered, hands down, THE best performance of Bonnaroo. I believe My Morning Jacket is quietly establishing themselves as one of the best live bands in the US (and their CDs are simply brilliant as well).

Other memorable performances came from The Raconteurs, Back Door Slam and Pearl Jam (Eddie Vedder was incredibly intoxicated on stage, and when the fans at Bonnaroo notice a performer is intoxicated, that performer’s pretty trashed). 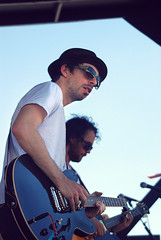 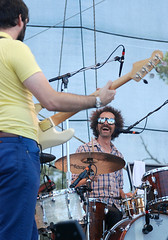 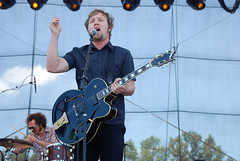